Bob Bafundo, credited with spearheading online ordering and point-of-sale rollout, has been promoted to president of RAVE Restaurant Group, the parent company for Pizza Inn and Pie Five Pizza Co.

Bafundo joined RAVE in 2016 as president of Pizza Inn. In his new role, he oversees day-to-day operations for all RAVE brands. During his tenure, he has developed and implemented successful initiatives leading to six straight quarters of positive same store sales and a resurgence in restaurant growth for Pizza Inn. He also led the brand to introduce a new non-traditional brand, PIE, as a complement to the brand refresh and expansion of Pizza Inn.

“Bob has done a fantastic job of re-energizing the guest experience and franchise base at Pizza Inn,” said Scott Crane, Chief Executive Officer of RAVE Restaurant Group. “He positioned the brand for new growth through system wide remodels, adding new franchise partners and revitalizing the current franchise system. He has also worked closely with our franchise partners to strengthen franchise relations. Operationally, he spearheaded new programs such as online ordering, point of sale roll-out, catering, all-day buffet, and a rewards program that have all been game-changers for our legacy brand.”

New CAAO
Also, Andrea Allen has been promoted to Chief Accounting and Administrative Officer. Allen joined RAVE last year as Vice President of Accounting/Controller. She has been instrumental in streamlining accounting processes through new technology initiatives and collaborating with company leaders on financial planning and reporting. 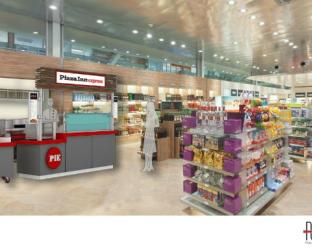